The Destinations of Leavers From Higher Education 2015: Unemployment 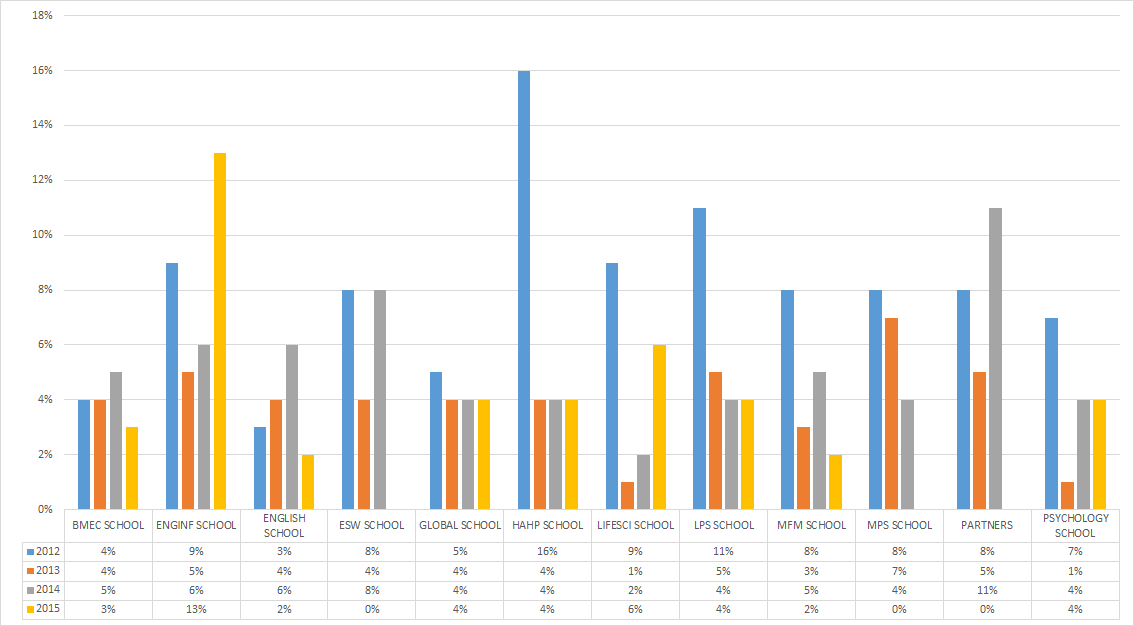 In the chart above we can see that in 2015 unemployment rates across the majority of the Sussex Schools decreased slightly between 2014 and 2015, with ten of the thirteen schools reporting rates that are equal to or less than their rates for 2014.

It is worth noting that unemployment figures quoted in media commentaries and Key Information Sets (KIS) sometimes vary on account of differences in the population selected for analysis. This survey includes full time, part time, first degree and undergraduate diploma qualifiers from UK and EU domiciles. However, other publications using the DLHE data may, for example, analyse only UK domiciled full time first degree leavers, which may result in lower unemployment figures.