The Destinations of Leavers From Higher Education 2015: Executive Summary

Although the organisations featured in The Times Top 100 Graduate Employers hired fewer graduates than planned in 2015, it marked the third consecutive year that employers’ graduate recruitment programmes have expanded.

This expansion seems set to continue apace in 2016, with a 7.5% annual increase in graduate vacancies expected at the country’s leading employers, taking graduate recruitment to its highest-ever level. Two-fifths of organisations are preparing to take on more graduates, with five employers confident that they’ll be hiring at least a hundred extra graduates during 2016. Over a third of employers plan to recruit similar numbers of graduates to their 2015 intake, whilst a fifth have fewer entry-level vacancies this year. The median number of vacancies at the top employers in 2016 is 100 graduates but nine of the largest employers are intending to recruit more than 500 university-leavers in the coming months.

The largest recruiters of graduates in 2016 are expected to be the accounting & professional services firms, public sector employers, engineering & industrial firms and investment banks who have combined recruitment targets of over 13,000 graduate positions (see Chart 2.5). By comparison with the final recruitment figures for 2015, vacancies for graduates are set to increase in nine of the thirteen main employment areas. The biggest growth is at public sector organisations, banking & finance employers, engineering & industrial companies and the Armed Forces, which together expect to have over 1,300 extra graduate roles in 2016.

Whilst this data confirms there will be a further welcome increase in the number of new graduate jobs available at the UK’s top employers in 2016, recruiters warn that 32% of all vacancies are expected to be filled by undergraduates who have had previous work experience with their organisations, such as paid internships or industrial placements. 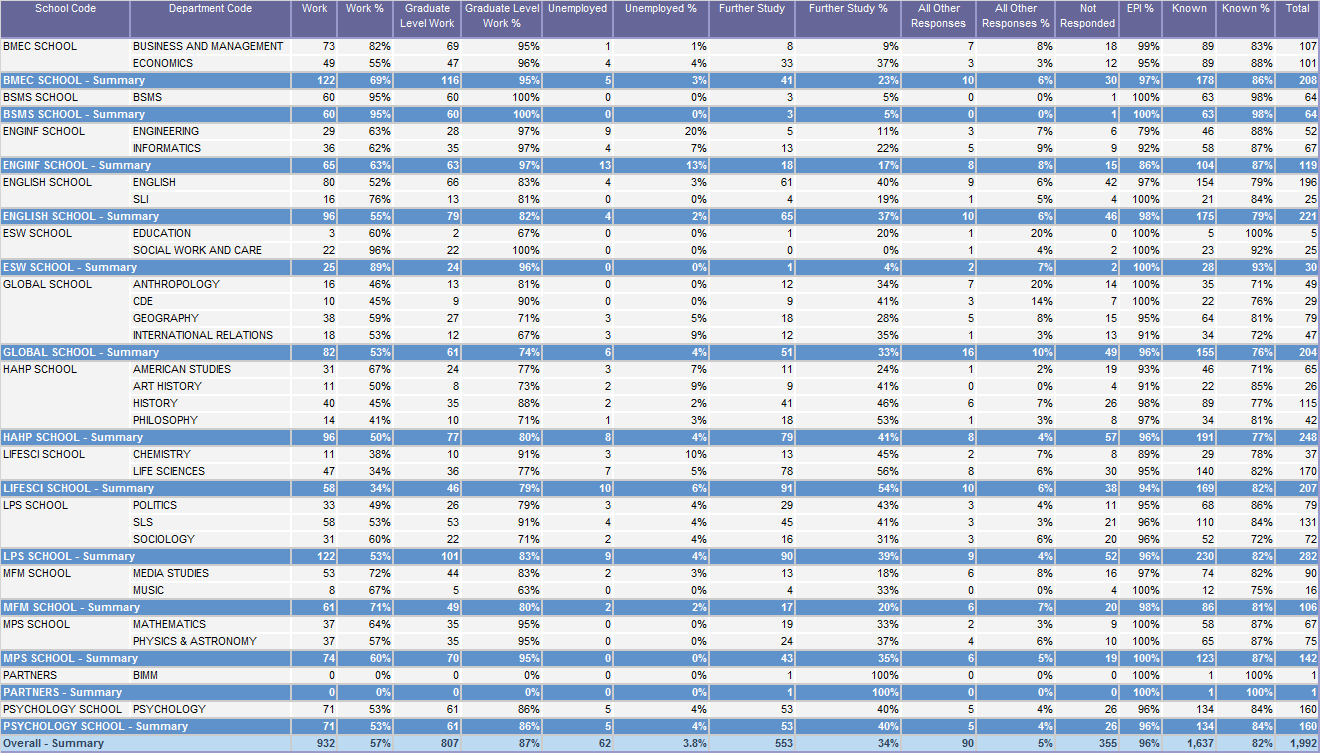 Due to rounding, percentages may not add up to 100%